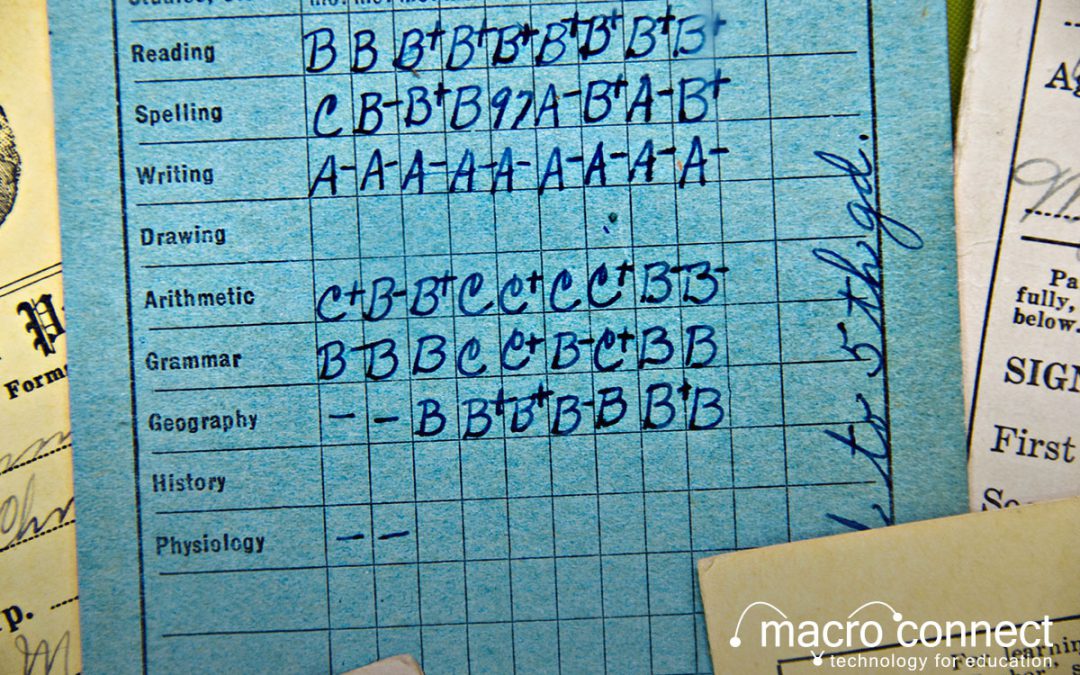 Education is constantly evolving. So shouldn’t your techniques for student evaluation evolve with it? In a recent post about our new status as a PowerSchool Certified Service Partner, we spoke briefly about reporting customization. Report and report card customization are both hallmark features of PowerSchool and an important area of expertise Macro Connect brings to school districts. Developing these types of customizations to reflect Standards Based Grading can be technically challenging. But the opportunity to truly differentiate how you provide feedback to all stakeholders in your district is one you shouldn’t pass up.

We fundamentally believe that a school’s reporting system can be their best sales tool for recruiting new students and parents. Custom report cards allow your school to highlight differences in curriculum. They also help you emphasize certain values, and showcase a more well-rounded picture of competency-based-learning. To illustrate this point, let’s dive into how Standards-Based Grading is different than Traditional Grading: 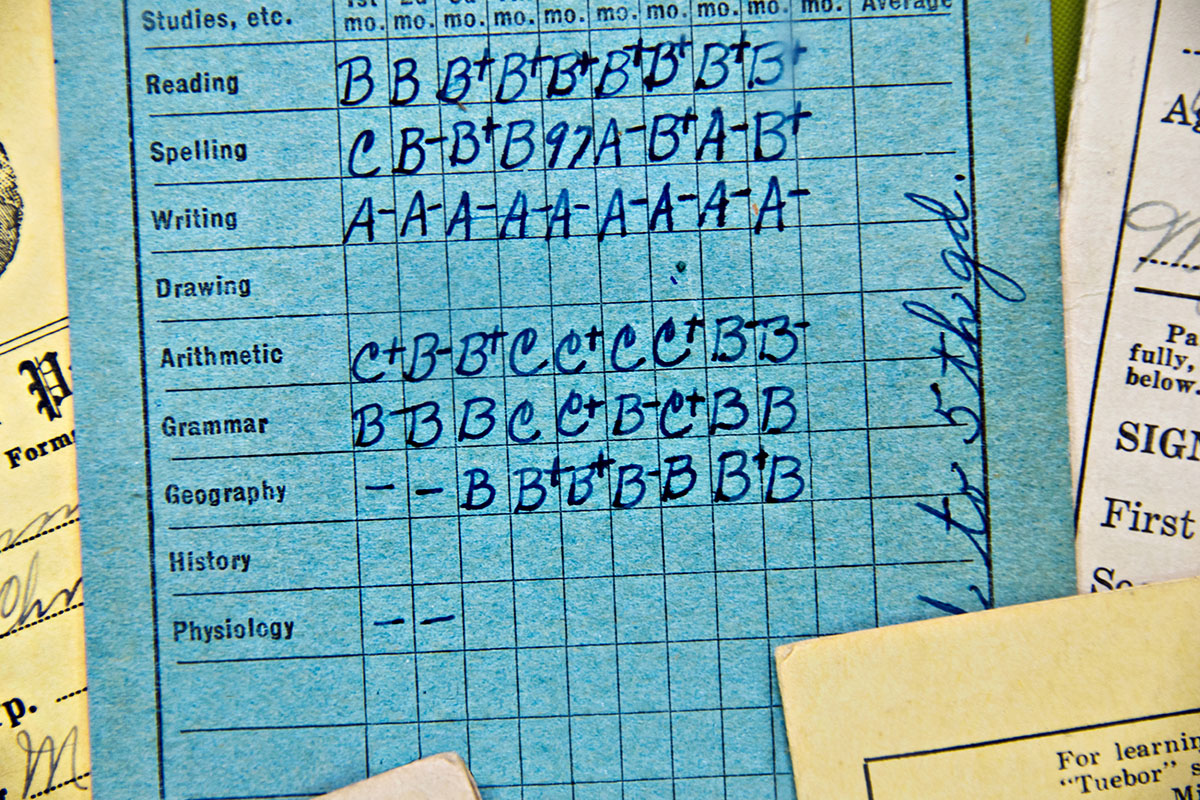 The Flaws in Traditional Grading

You are probably most familiar with the traditional grading system made up of homework, quiz, and test scores, which add up to a total subject letter grade. This does a great job at assessing assignment completion but not necessarily what students learned. If they got 8 out of 10 questions right, you can record it as 8 out of 10 points. Did they forget to do their homework? You can give them a 0. If they turned it in late, you can deduct 3 points. Easy-peasy.  And what about a test? If they got a 90%, they get 90 points. If they got a 75%, give them 75 points. At the end of the semester or year, just total it up and poof, there’s your grade.

The problem is, it doesn’t reveal much about a child’s actual progress. Why is one student struggling and another student succeeding? How can they improve? Teachers may have their own personal ideas, but they’re different between each teacher and each class. Those ideas are never really recorded anywhere and are certainly not quantified. Maybe they’re communicated during a parent-teacher conference, but that’s once or twice a year, if at all. How do you track progress in-between? And how do you use separate professional opinions as a longitudinal assessment tool year over year? You can’t and you don’t. In the end, it’s about the points and the age-old letter grades and the details are lost.

Standards-based Grading offers a more robust picture of student performance and breaks it down into actionable categories. These categories are known by a more familiar name: standards. In English they might include:

Using standards breaks down performance into more than just completion rate, correct answers, and punctuality. A teacher might use categories like this as part of a traditional grade in a particular project, but they’re often not part of the overall grading system.

Throughout the year teachers also look at class performance from a wider perspective. It may not be particularly helpful to see that the class did poorly on their Tom Sawyer book report. There’s no time to go back and read it again. But their Standards-Based Grading may have showed that there was a general failure at “Understanding Narrative.” Armed with this information, the teacher can focus more on that aspect of reading during the next book.

David Ellis Academy West (DEAW) is located in Redford, Michigan and was founded to educate tomorrow’s leaders. Their entire curriculum is structured around this mission with the intention of forming a culture of high social and emotional standards. At one point, their staff and leadership felt that Traditional Grading report cards didn’t adequately support student progress towards these goals. Their report cards also lacked space for important skills-based assessments and for NWEA scores which are so critical to understanding a student’s readiness for the next grade.

As one of the most important communication tools between teachers, administrators, and parents, something needed to change. So in the Fall of 2017, DEAW asked Macro Connect about the necessary customizations to implement a Standards-Based Grading System.

One of Macro Connect’s primary tasks was to help DEAW leadership think through the structure of Standards-Based Grading and its impact on both the PowerSchool software and the teacher and administrator daily workflow. Producing a custom report card may seem simplistic on the surface level, but you can’t get custom outputs without custom inputs. Part of the project included customizing the teacher interface to give them space to input the necessary data throughout the year. Teachers already have limited time, so we worked extra hard to make the customized workflow simple and intuitive. 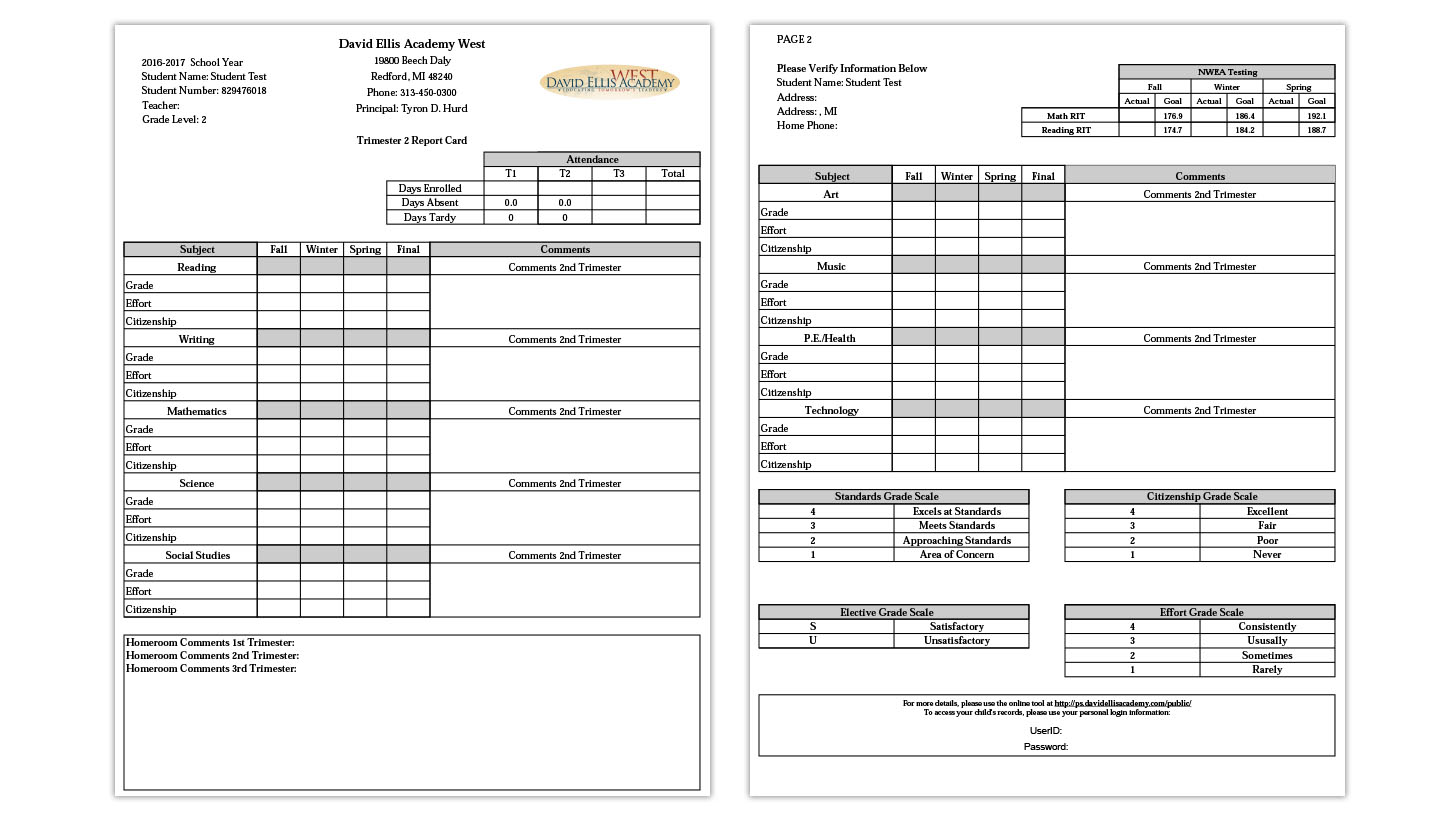 The Elementary School Report needed several modifications specific to this age group. Instead of just a grade for each subject area, we added space for teachers to assign Effort and Citizenship scores as a way to give greater context to student soft-skill development. Teachers could finally give quantitative feedback on student effort. That way parents and administrators could understand and track how student behavior was affecting student academic performance. As you can see, the second page also includes a space for the critical NWEA Testing scores and their corresponding goals. At the end of the report are custom grade scale keys to help parents understand what each of the new scores meant. 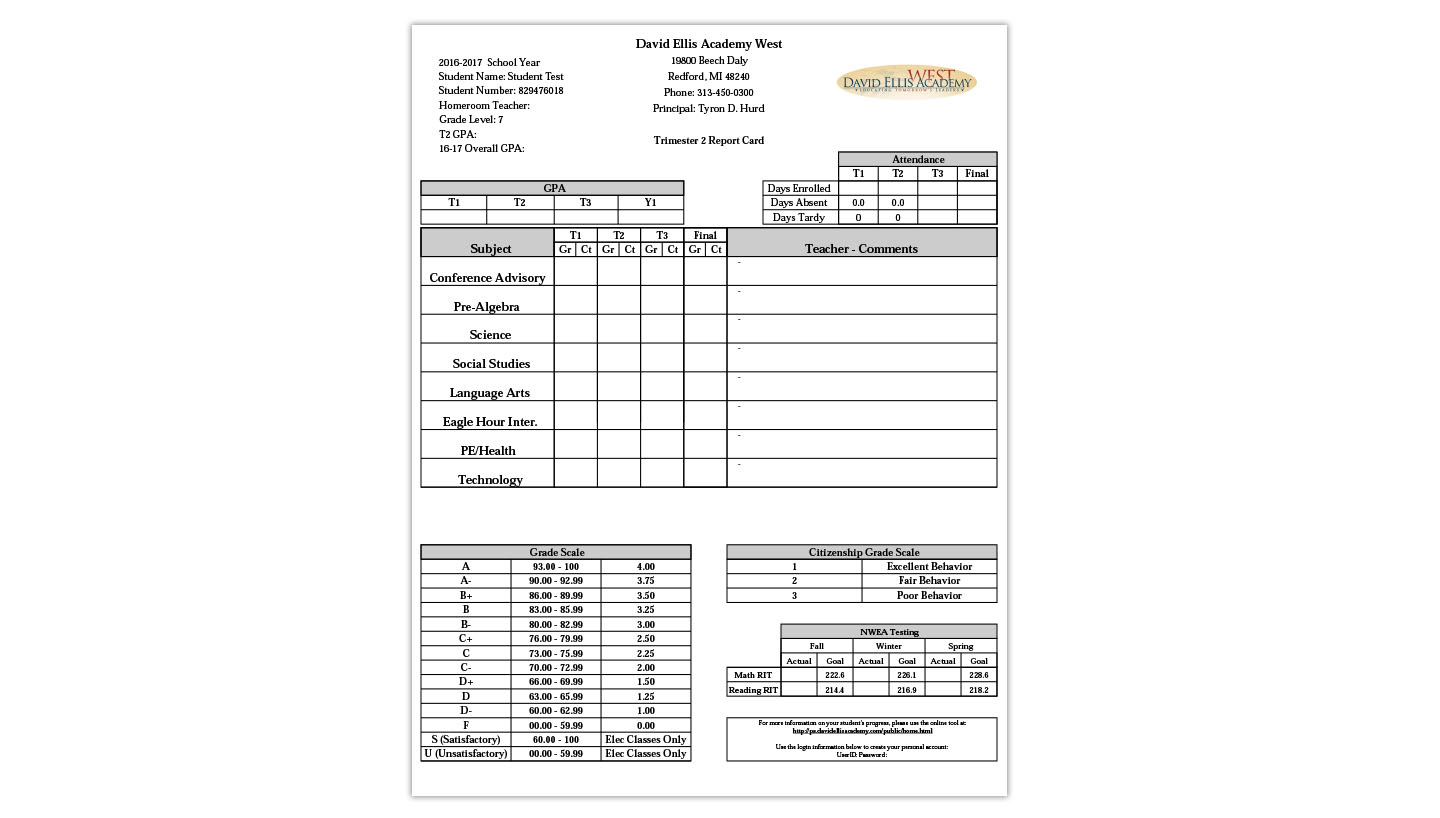 The Middle School Report also needed modifications. Similar to the Elementary School report, we added a Citizenship score to each class to give greater clarity to their conduct in the classroom. We also added a section for their NWEA testing results and the corresponding goals. Unique to the Middle School level reports are the Elective grading systems. DEAW offers a variety of elective classes that are graded in terms of Pass/Fail to encourage participation in subjects outside student comfort zones.

To support this, we created a Pass/Fail system called “Satisfactory/Unsatisfactory” that only applied to Electives. Finally, at the bottom of the report are the custom grade scale keys, unique to the Middle School students. Grade scales are broken out into detail, whether it’s the academic grade or the Citizenship grade.

The new DEAW Standards Based Grading system required a unique blend of IT and education organizational knowledge. Despite being a relatively large undertaking, it was rolled out in a matter of weeks and was received as a huge success in creating clear expectations for all stakeholders, from students and parents to teachers and administrators. The system is now in its third year and the feedback continues to be extremely positive.

The DEAW project was a great example of adding behavior and effort standards to education reporting, but there are so many more possibilities. Take a look at the list below and think about whether your school could benefit from adding them to your reports.

There’s a lot to learn about the world of Standards-Based Grading and we’ve only touched the surface. To read a bit more, check out this article from EL Education. This is a big new movement in education and one that we feel could greatly benefit everyone involved. While it requires some hard work up front, students only stand to benefit from a more thorough evaluation of their efforts and achievements.

How can Macro Connect help you implement a Customized, Standards-Based Reporting system? Contact us!