The Relationship Between Technology and Students 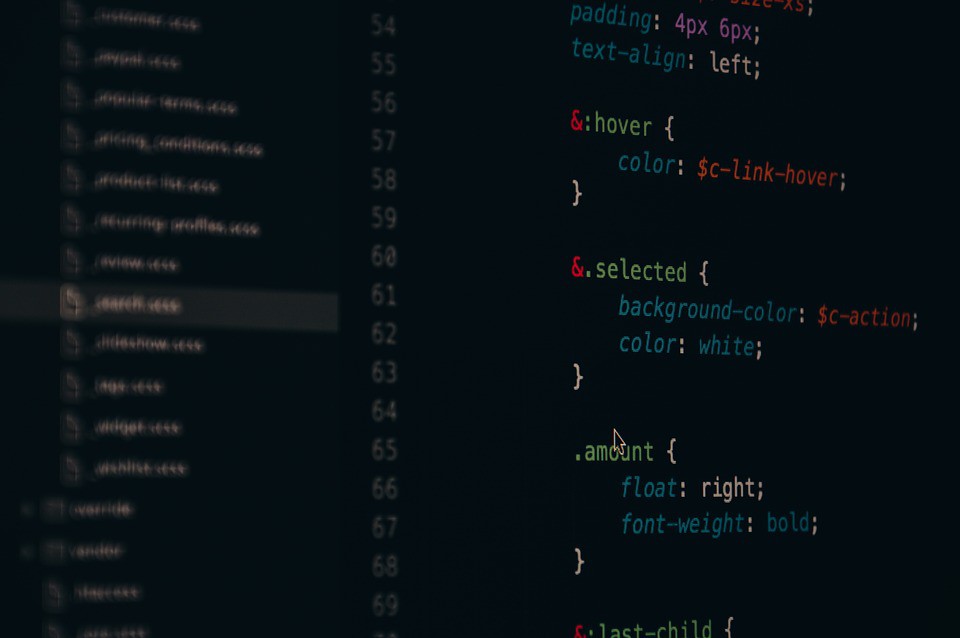 It’ easy for students to get lost in the crowd if they’re having a hard time finding what it is that makes them stand out. Classrooms can be an especially difficult setting for those who aren’t academically inclined or even motivated. The typical setup is one teacher per 20-plus students in a K-12 class, leaving plenty of room for less successful students to fall through the cracks.

Not being successful academically can take a toll on students that note their peers experiencing success everyday. After a while, there’s a loss of self-worth and decreased self-esteem within that student, something that’s hard to re-build. Classic style classrooms attempt to facilitate equality and broad ranged learning, but the fact of the matter is that the approach is outdated.

Teachers are seeing a growing amount of success in utilizing technology in the classroom for educational and recreational purposes. The reason being is that for starters, technology is becoming an influential part of our everyday lives. It’s also common ground for most students. Whereas in a teacher: 20 student setting, the instructor is in the drivers seat, technology puts students at the wheel. Allowing them to actively make their own decisions on how to create, manipulate, and display information on the screen gives students a sense of authority and importance. As they make their own decisions, they can define their goals and evaluate their own progress along the way.

One great thing about technology is that is provides instant feedback so that students can gain a sense of accomplishment much quicker than using a pen and paper. The feedback is also not objective in the fact that their work is right or wrong. Instead, they code or explore settings and toolbars to make or manipulate an existing product into something else. Student technology helps reach a broader range of learners rather than targeting just those who test well or who are able to verbalize effectively.

Because there is the potential for each student in the classroom to get something out of working with technology, the most common report from teachers who have technology in their classroom is that there was an increase in student motivation. There’s an especially large increase in motivation and self-esteem when technology is used on a platform that promotes fun and creativity. 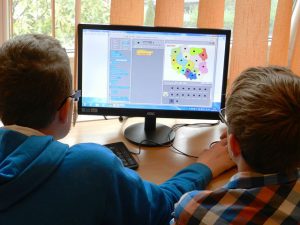 “The kids that don’t necessarily star can become the stars with technology. My favorite is this boy who had major problems at home. He figured out a way to make music by getting the computer to play certain letters by certain powers and it changed the musical tone of the note and he actually wrote a piece. He stayed in every recess. When I asked him what he was working on, he wouldn’t tell me. Then he asked if he could put his HyperCard stack on my computer because it was hooked up to speakers. I said ‘sure’ and at recess he put it on my computer, played his music and literally stopped the room. And for months he had kids begging him at recess, every recess, to teach them how to make music. And for that particular kid it was the world because he really was not successful academically and was having a lot of problems. This really changed him for that school year.”

In a case like that, a quieter student who was struggling both in the classroom and at home found success in technology. While working with children with low self-esteem, it’s important to slowly help them re-build their belief in themselves. Teachers are encouraged to show appreciation for the students’ accomplishments, display a positive attitude towards work-in-progress areas, and change their instructional techniques on an individual basis to promote success, but all of those things still won’t change how the student feels about him or herself. Technology, however, puts students at the forefront when it comes to tackling their inner emotional issues. A student that struggles, does not have to struggle forever, we just have to find what makes them tick. 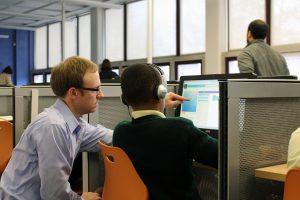 Many teachers who see success with technology in the classroom talk about how kids are opting out of recess time to work on their individual computer projects. This time can help facilitate peer tutoring as well as students cooperatively working together. Like in the story above, as one student masters a subject, all the other students want to learn as well. The sense of pride and accomplishment that comes from tackling such an intimidating subject and then being asked by your peers to teach them the content is unmatched.

Another Elementary Teacher talks about integrating technology in her class: “students gain a sense of empowerment from learning to control the computer and to use it in ways they associate with the real world.” E-learning and this kind of technology for students is an incredibly powerful tool to put in their hands. Not only are they learning valuable lessons that they’ll be able to put into effect outside the classroom, but the added benefits of motivation and increased self-esteem are unparalleled.