Hot and Trending EdTech Topics: Our Week at ISTE 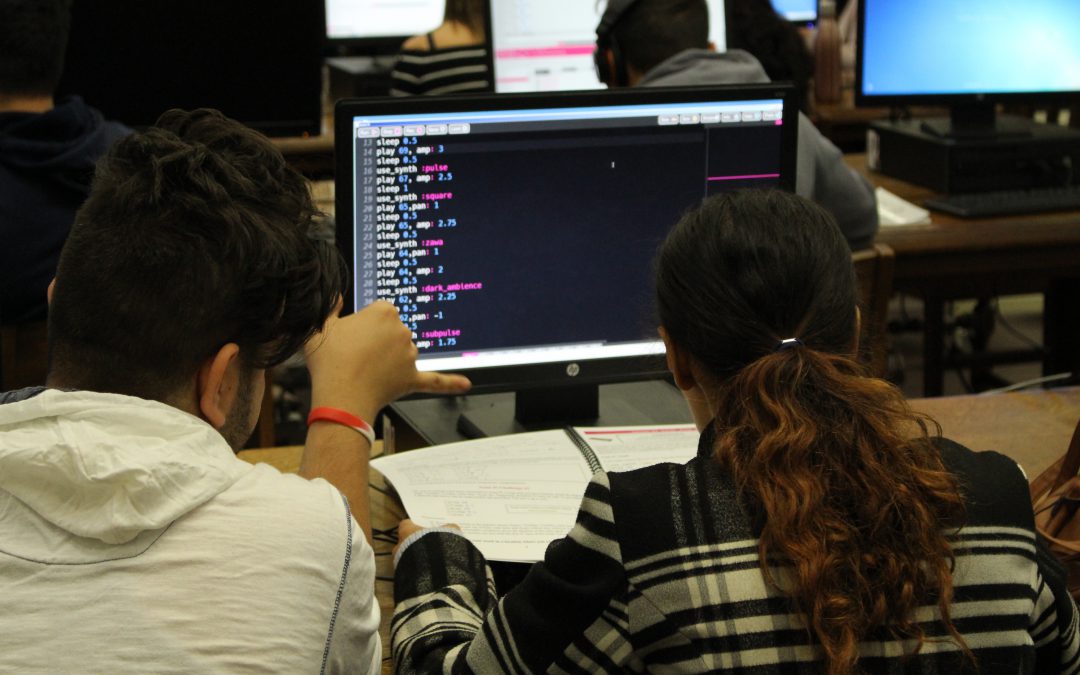 Last week our team headed to Chicago for R&D on hot and trending edtech at the ISTE Conference & Expo. The ISTE Conference & Expo is the most recognized, prominent education technology event in the world and each year it draws thousands of educators and technologists together for 1200+ lectures, networking opportunities, and workshops. With after hours activities, each day was 16+ hours of new people and ideas. Using OneNote, we did our best to capture some of the highlights for sharing with the schools we support, and yes, you!

At a high level, here are some of the hot and trending edtech topics that caught and held our attention:

Hottest topic: Cyber & building security
Just about every session with security or safety in the title had a Cedar Point-style line outside of it. On numerous occasions I couldn’t even get into the sessions because they were at capacity. It’s fair to say that how we protect staff and students, physically and virtually, is becoming a major area of both concern and opportunity for districts. I enjoyed that the agenda offered a reasonable number of practical sessions on steps that districts can take to better protect their stakeholders as well as sessions that, at a high level, painted a picture of the current and (projected) future landscape. An important takeaway for all districts is to make sure you have an incident response plan documented, that all relevant stakeholders review it on a regular basis, and that time is scheduled to simulate it (i.e. an incident response drill).

Notable mention: STEAM was out in full force all day, every day. Besides a ton of STEAM-focused sessions, the sheer number of STEAM vendors was an incredible thing to witness. Expect more of these organizations to find their way into your teachers classes including core curriculum like science, math, and language arts, where evidence is finally emerging that STEAM can move the needle on performance.

Coolest vendor booth: PowerSchool
PowerSchool had an enormous presence on the vendor floor that included a mini space ship sized enclosure that they called the “School of the Future”. In it, they gave educators a guided tour and demos of the many current and future features that are a part of their Unified Classroom – a single interface to manage every district related function including instruction, HR, talent, and finance. Personally, I’m looking forward to the advanced reporting and data visualization that will be put into educators hands with their Power BI integration.

Notable mention: Audio Enhancement‘s booth was small but mighty and included a Cueball (classroom audio ball that students can pass around) free-throw shooting station and a chance to play around with their EPIC intercom, paging, and bells system in real time.

This services a huge need in schools for meaningful courses and experiences around technology, that go beyond just typing skills or building games. The program provides educators with a full-fledged toolkit that removes the legwork out of inventing new tech-focused curriculum. And it integrates seamlessly

Notable mention: Go Box simplifies the process of provisioning mass fleets of Chromebooks. Through a script housed on a small box, you can set up 16 Chromebooks simultaneously. If you’re gearing up for lots of summer Chromebook projects like us, it’s worth checking out.

Want to learn more about the topics and trends we saw at ISTE? Get in touch! And mark your calendar for next year’s ISTE Conference which will be held in Philadelphia (web page) from June 23-June 26th.